Back in 2013, the seed that would become Esvama was planted, when Ted and Christopher met at the preschool their children attended. Their families started hanging out, and often the two of them would talk business. Early on, they came to the conclusion that they had a consensus in how a company should be run, not least in terms of customer service, flexibility and efficiency.

Ted had extensive experience in the polymer industry and believed that if they just put their thoughts and ideas into action, they could quickly find their place in the market.

And, with Christopher's long experience as a self-employed entrepreneur in sales, Esvama was born. There was no large capital to put into the business, so the solution was to sell on commission at first and the initial deals were made in a small office of 16 square meter. At that time, Esvama only had a few suppliers, but gradually they became more as the business increased.

At Esvama, everything is fast. If something has been agreed upon, it takes up to a few hours before the customer has an order acknowledgement. Customers are always kept up to date in the event of any delays. At Esvama, we keep our promises, and we do our utmost to ensure that the customer receives the material in the promised time.

The Esvama journey so far has been very successful, and the few obstacles that have been overcome over the years have only made the company stronger. The plan is to continue delivering the same high quality of material while maintaining the high level of service. This is how we build even stronger growth in the years to come.

An independent, locally based distributor of polymers

Esvama is an independent, locally based distributor of polymers. We help companies, large and small, to get the right products at the right price, at the right time – while giving them access to a large network of European and global suppliers.

With a high level of service and competence, we will satisfy our customers' requirements and wishes at all times. Our customers will find us fast, flexible and accessible.

In order to meet the needs of the market and the requirements and wishes of our customers, we have specialised in several different areas. We have chosen to group our offering under three different business areas.

High volume handling is something we pride ourselves on where efficient and rational delivery from point A to B is crucial.

Selling recycled polymers is an important part of our business and a prerequisite for a sustainable society. We also help our customers to become more circular.

We are happy to contact you. Fill in the form and briefly describe your case, and we will get back to you shortly by email or phone. Sales Manager, Finland and the Baltics 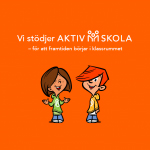 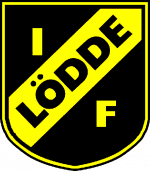 The road to a sustainable plastics industry